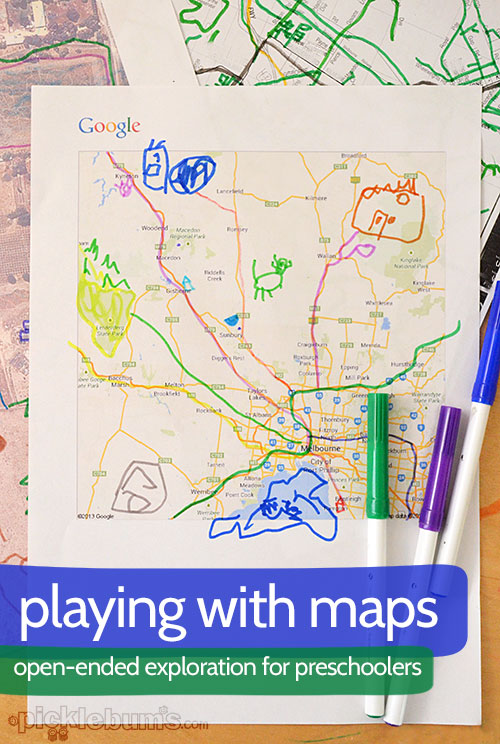 “Wait!” he shrieked as I headed to the car for school pick up…

He climbed into the car clutching a crumpled pieces of paper with a lot of lines drawn on it and as we drove the familiar route from home to school he shouted directions to me from the back seat.

That was the beginning of his map obsession. In the week that followed he drew lots and LOTS of maps. Any time we went anywhere, even just walking down the drive way to the letter box, he had to bring a map. 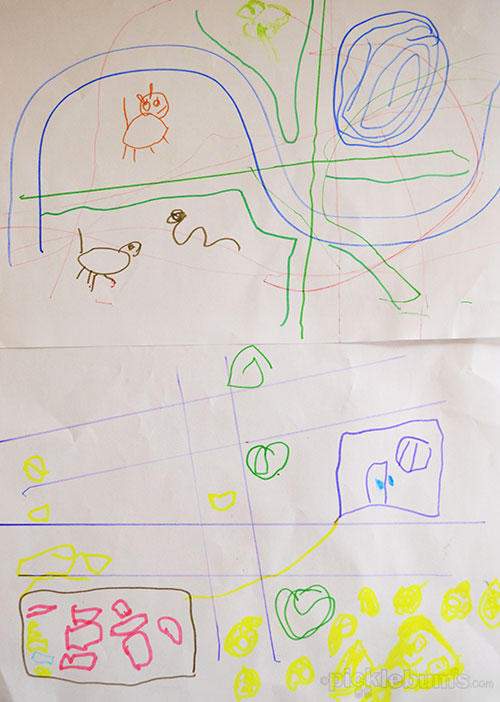 So when I was going through piles of old papers and found a stack of photocopied maps that showed where we live (from the days before everyone had a smart phone or a GPS) I knew exactly what to do with them.

The next time he came to the drawing table he found the stack of maps on the top of the paper basket… along with the ruler, the curve and some thin markers and pencils – map making implements! His eyes lit up! 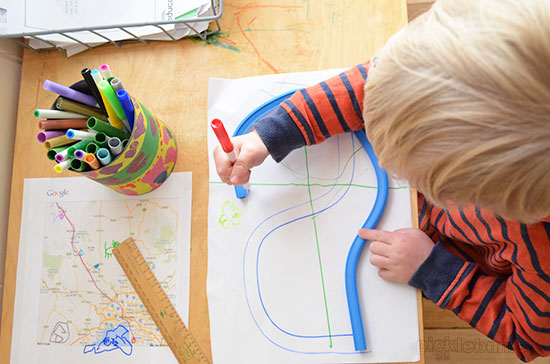 I sat down on the little seat and put a dot on the map.

“This is where our house is. And this is the road we live on.”

He got the idea quickly and began shooting questions at me.. Where were our neighbors houses? Which way was school? Where was the paddock with the emu in it?

As I pointed he added dots and then ran coloured lines along the roads… “this is the way to the emu… this is the olives….”

Noah sat adding items to the stack of maps for a long time. He took his new map on the drive to school pick up and shouted directions as usual. On the way home he asked me where more things were on his map…

He got cranky with me when I said those places were not on the map, so when we got home I set about finding a bigger map. 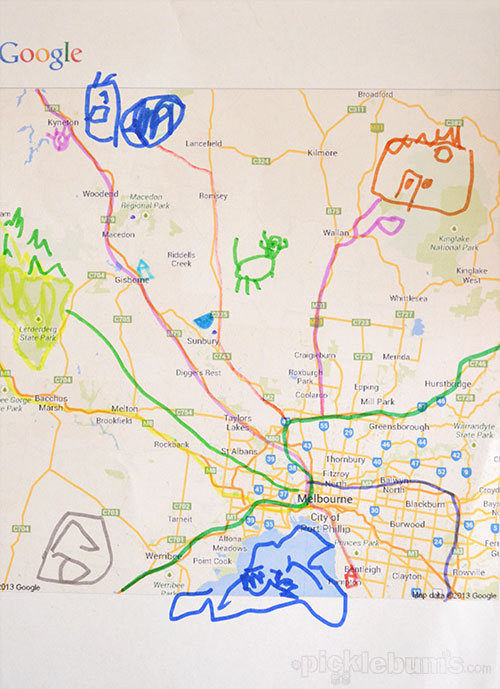 Over the next few days I printed out a google map of Melbourne and the surrounding areas and we added all the places he asked about and more.

There were still some places the map didn’t show, so next came a map of Australia and a map of the world for good measure. The National Geographic education site has a HUGE selection of printable maps.

At three, Noah can’t really grasp what the map of Australia or the world represents, but he enjoyed putting dots on the map where friends and family lived and he loves adding  drawings and roads to the printed maps.

To make it more to his scale and  easier for him to grasp and to encourage the love of making is own maps I got on google maps again and using a screen capture I printed a satellite photo of our block of land. 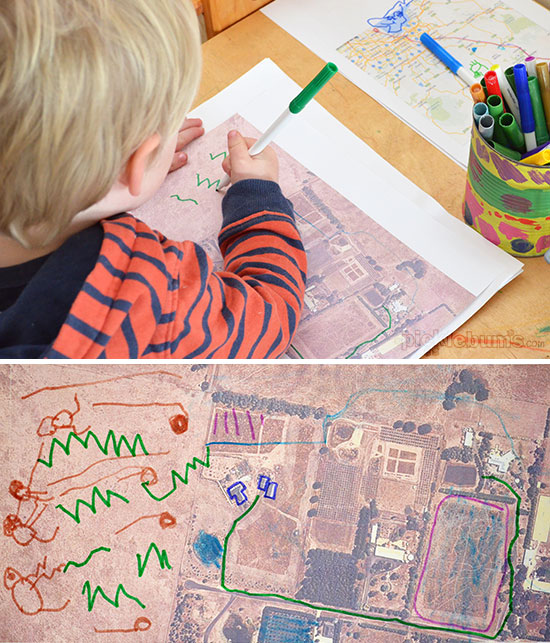 The image is a little fuzzy, but it clearly shows our house, our long driveway, the dam, the sheds, the back yard, the chook house, the big trees up the back, and some of our neighbors and it was a hit. He drew cows in the paddock and a few snakes as well (Dad ran over a snake on the mower the other day so there is a lot of snake talk at our house right now), a road to the big trees, and marked the way to go to school.

Every day he asks me to print out another map, and every day he presents me with a new map to somewhere… you know, just in case I get lost on the way to the supermarket!

Following his interest in maps was easy to do and has been a delight to watch. Just by providing him with a few maps and some drawing materials he’s learned about basic geography, begun to extend his world view, thought about distances and measurement, and practiced all kinds of mark making.  But better than that, I’ve barely heard an “I’m bored” since we started our map work which shows me that I have cottoned on to something that really interests him right now. I wonder where his little brain will take us next! 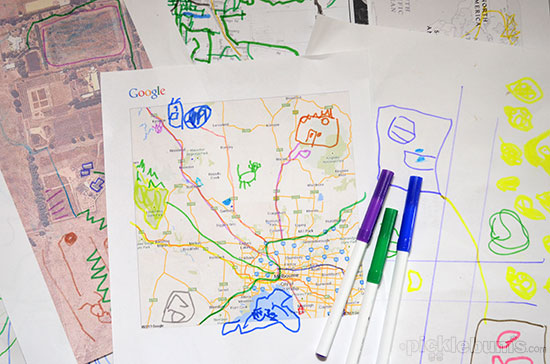 Do you have a map lover in your house?
When have you followed your child’s interests and come up with some winner activities?