It took me a little while to figure out that he meant ‘morse code’ rather than ‘mouse code’, but from that moment on he was in love with everything about secret codes! 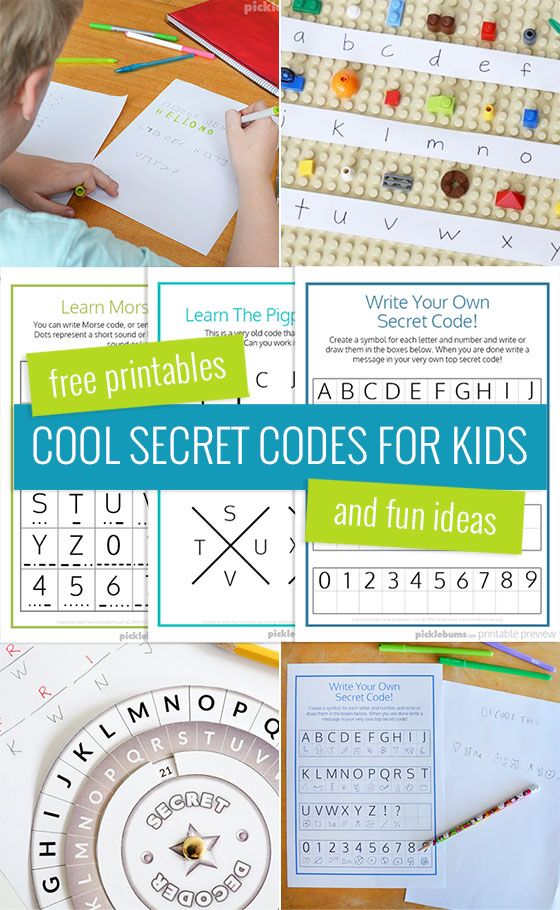 It didn’t take long for my kids to lose themselves in learning, deciphering and creating their own secret codes.

We started out with mouse… I mean Morse code because my 7 year old had read about it in a Horrible Histories book (affiliate link).

Morse code uses dots, dashes and spaces to represent letters numbers and symbols. You can write Morse code, or send it with flashes of light or sounds. Once a prisoner of war even sent a message in Morse code by blinking his eyes!

We made a ‘cheat sheet’ and wrote some Morse code messages. We even had a go at using a flashlight to send Morse code, which was tricky but lots of fun! 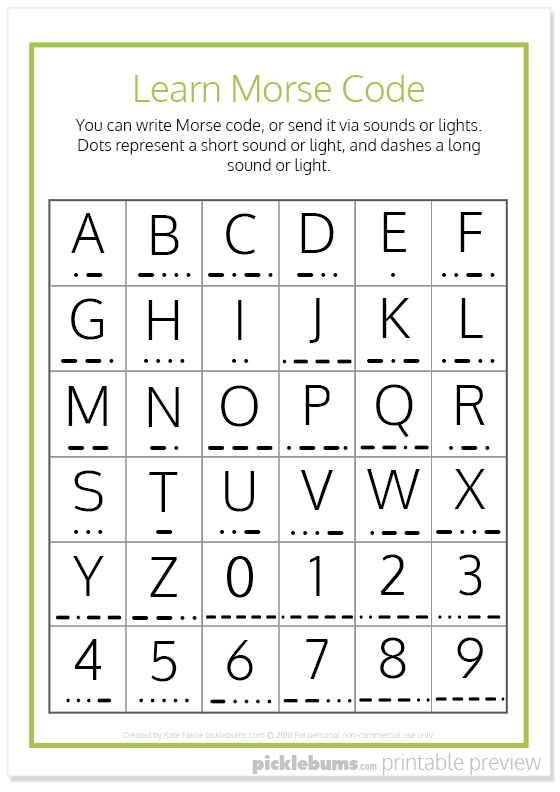 You can download the free printable Morse code sheet here.

The Pigpen cipher is a really old code that is really fun to write. I left my boys a secret message in pigpen for them to decode when they woke up one morning! 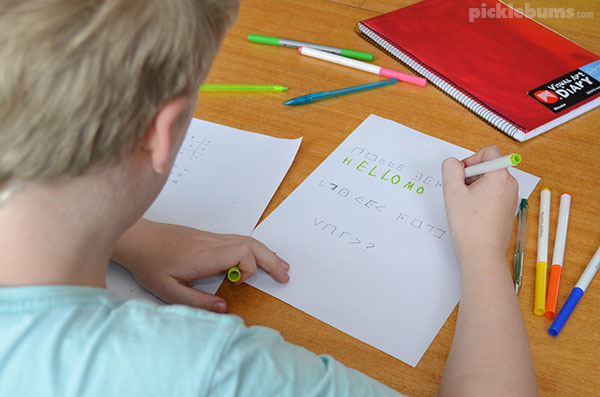 After that first message I suddenly started to get little notes written in Pigpen, so I had to keep my decoder sheet handy so I could work out what they said! 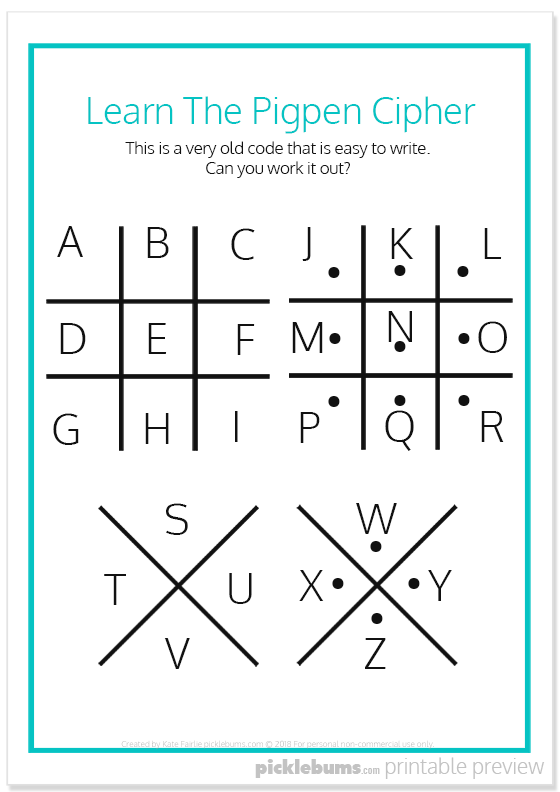 Pigpen Cipher is a super fun secret code for written messages. It’s a fabulous way to encourage a child who might not like writing, they will be so busy coding an de-coding messages that they won’t even know they are writing! Give it a try with your kids.

Make Your Own Secret Codes

Now that we had the hang of this cool secret code thing, it was time for us to try making our own!

We learned that it is important to make the symbols and drawings we used to represent each letter quite simple, and easy to reproduce accurately. If you make them too complicated it will be impossible to write a coded message that someone else can decipher! 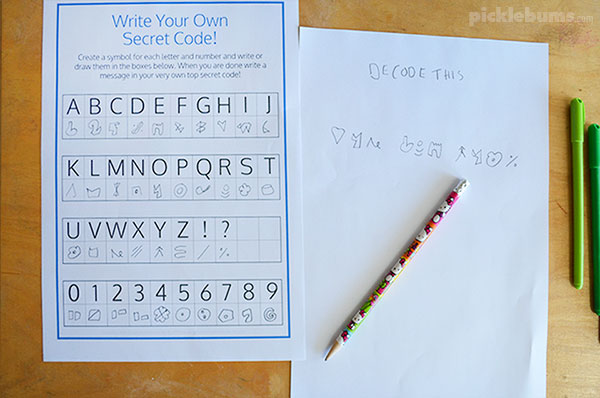 I made up a simple sheet with letters, numbers a couple of punctuation marks and a few blank spaces so we could create as many new secret codes as we wanted! 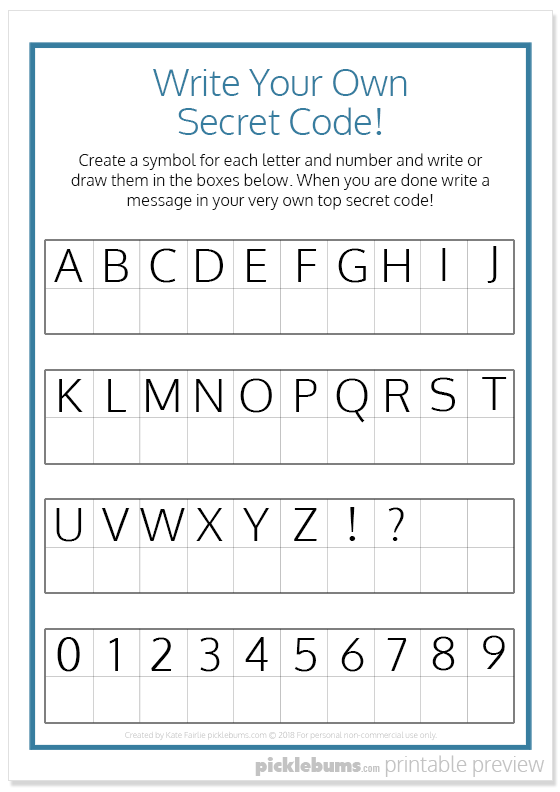 You can download the free printable ‘make your own secret code’ sheet here.

It would be so fun to work together and create a family or class secret code, and then send a coded message to a relative or another class. Don’t forget to send a de-coder sheet to so they can work out what you are saying and write back!

These printables are A4 sized pdf files, you will need a pdf reader such as adobe acrobat to open them. If you are printing on US ‘letter sized’ paper be sure to select ‘fit’ or ‘shrink to fit’ from your printer options.
Please remember that the printables at picklebums.com are for personal or individual classroom use only, you may not sell, share, or link directly to these files.

Now that you’ve had fun with these spy decoder printables, there are lots more super cool secret code activities you can do.

Here are a few more secret code ideas and activities to try:

Try one of these secret message activities – our favourites are the folded ones!

Make a secret code from Legos!

Have a go at decoding these Star Wars quotes.

Try one of these middle grade books about puzzles and codes:


Do you need more fun activities for school aged kids?

Try one of these… 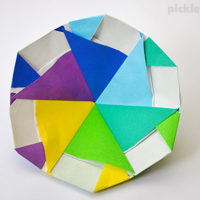 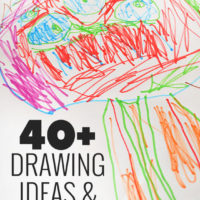 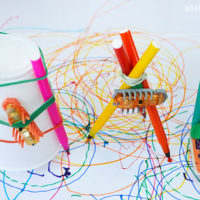