On more than one occasion in the past few weeks I’ve wondered what on earth I am doing.

Why on earth am I dragging two five year olds to rehearsal after rehearsal?
Why am I putting more make up on their little faces than most grown-ups ever wear?
Why is their hair so full of spray that it has set harder than their bike helmets?
Why am I scouring chemists looking for exactly the right shade of red lipstick?
Why am I searching the very same chemists looking for something to get the lipstick off?
Why am I counting and checking 8 duck costumes?
Why am I reminding my girls that they can not sit while wearing their tutus?
Why on earth have I said yes to them dancing in both concerts – meaning they spent a grand total of nine hours in the theatre yesterday?

What am I doing?
They are only little kids!
This is way too much, too serious, too soon.
This is surely madness. 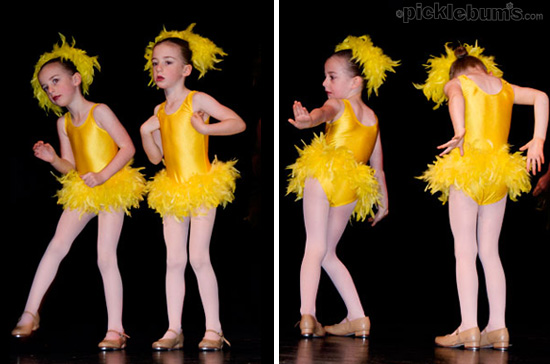 Their very first tap concert – they were ducks!

But then I stood there with a handful of parents back stage, in front of the blurry TV monitor and I watched my girls dance.

Then they did it all again for the afternoon concert…. with just as much delight and excitement.

And if any of that left me with any doubt…. the finale of the last concert surely answered my questions. At the very end of the presentations two names were called, one for pre-primary classical and one for pre-primary tap. It took a moment for it to register then they smiled…. and walked up to get their medals and take yet another bow. 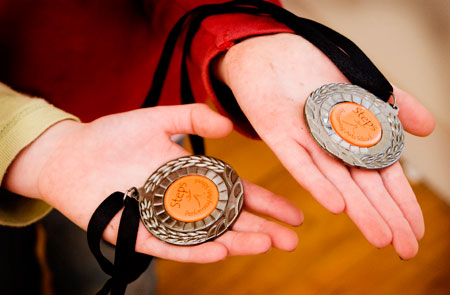 My girls are not the most confident, out-going children in the world… but it seems dancing is their ‘thing’. Dancing is where they shine and what makes them proud. All the crazy stuff and the insane running around is worth it. I’ll drive them to the ends of the earth, count and carry costumes till my arms ache, scrimp and save to pay for it all and spend hour after hour backstage…. all the effort is worth it, just to see them shine.

And today? Today they are back to being five year old girls. Playing outside in the sunshine and the dirt… with the medals safely tucked under their clothes!

Home » Some Days are Worth the Effort.