Usually when I bake with my four year old I spend a lot of time reminding him not to stick his fingers in the mixture, not to lick the spoon while in the middle of mixing, and not to taste every ingredient as it goes in, but today was different.

Today we made gingerbread cupcakes and I let Noah taste test at every stage! 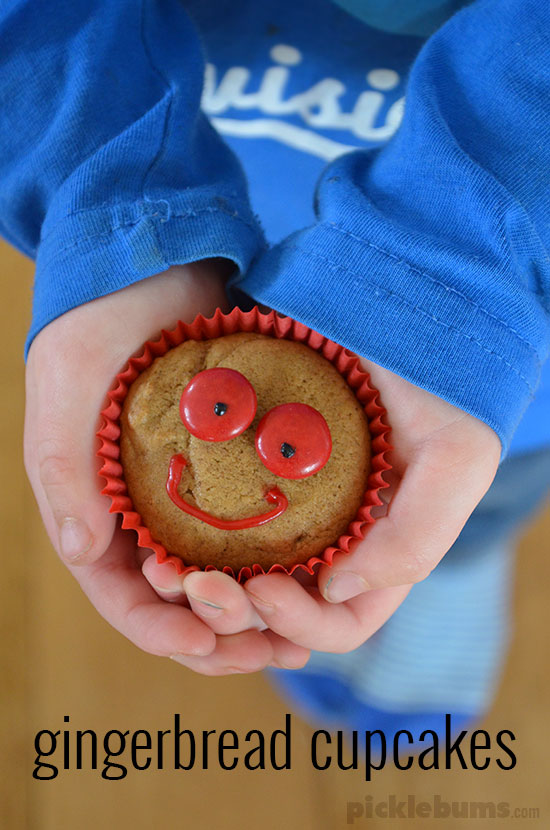 Usually you only get to taste the finished product, or maybe a quick taste of the mixture before it is baked, but there is a lot to be learned from tasting each ingredient as you add them!

So, armed with a drink of water and a special tasting spoon, we started by combining the dry ingredients and dipping a finger into each one to try a little.

It was funny to see his face screw up when he expected the flour to be sweet, and his eyes grow wide as he tasted each of the spices. He said the flour ‘tastes like nothing’, pronounced the cinnamon and allspice to be ‘hot’ and the ginger ‘yum but strange’. 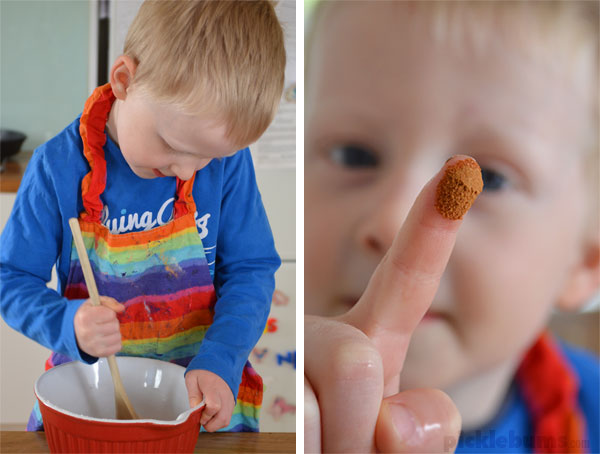 We didn’t need to taste the butter as he already knows what that tastes like, but he couldn’t resist a little try of the brown sugar. He was interested in the molasses as it is sweet, but not as sweet as the sugar, and he wasn’t keen to try the raw egg.

We mixed the butter and sugars with the electric mixers and Noah was interested to see the ingredients change as they combined. We mixed the dry and wet ingredients and filled up our cupcake cases and then it was time to lick the spoon! 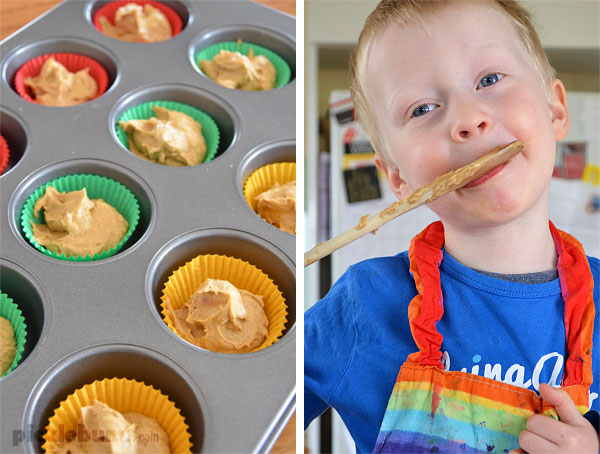 Noah was amazed that even the ‘yuck’ things tasted good when we mixed them all together! And that is the magic of cooking!

If you’d like to make your own gingerbread cupcakes, there is the recipe: 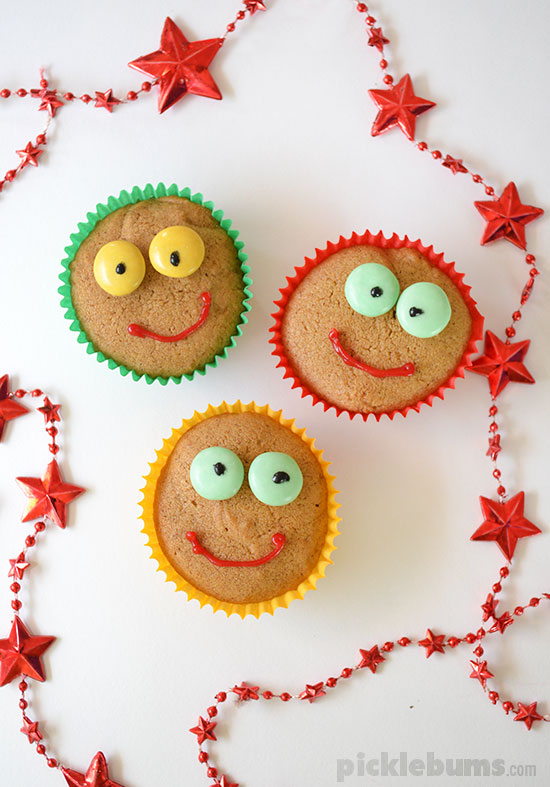 Because these are gingerbread, and cousin to gingerbread men, we added simple faces to our cupcakes using smarties glued on with icing for eyes, and simple icing mouths and eyeballs!

And the best part of the taste testing was eating the finished product! Yum!

For more Christmassy ‘taste’ activities check out these great posts:

Christie from Childhood 101 has some cool stained glass cookies.

Ana from Babble Dabble Do has some delicious Mexican Hot chocolate.

Meri from Meri Cherry has some incredible lickable holiday wallpaper!

Kristina from Toddler Approved has these gorgeous ‘build a snowman’ Cookies!