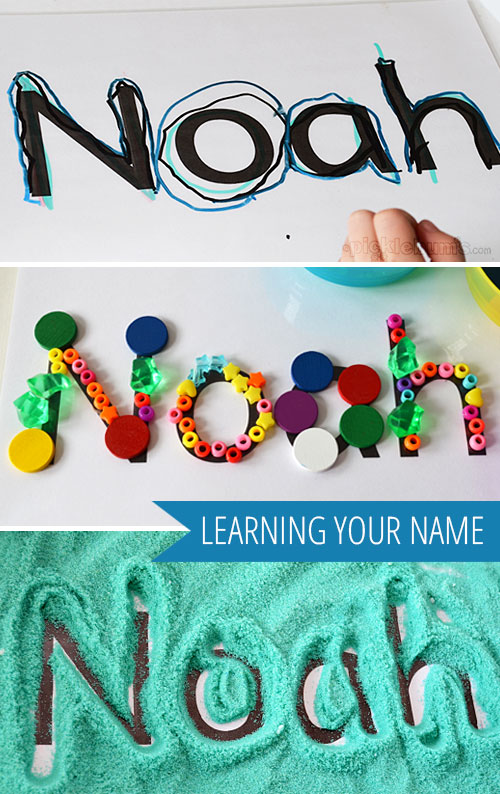 Noah is three and a half and he started kinder (preschool) this year. He only goes for a couple of hours, once a week, but he loves it and thinks he is all kinds of grown up!

One thing that has become very important since starting kinder is his name.

“Does that say me?” he asks constantly.

They put your name on everything at kinder… on your locker, on the hook for your hand towel, on every painting and drawing and collage you do, it’s everywhere! Suddenly learning your name has become an important skill to master, so we’ve been playing with his name a little lately and have had lots of fun with a simple name card.

To start, I printed out his name in nice, big, clear letters on an A4 piece of paper and laminated it (you could use self-adhesive paper if you don’t have a laminator).

Here are three simple learning your name activities we’ve done with his name card to help him learn his name.

Drawing on your Name 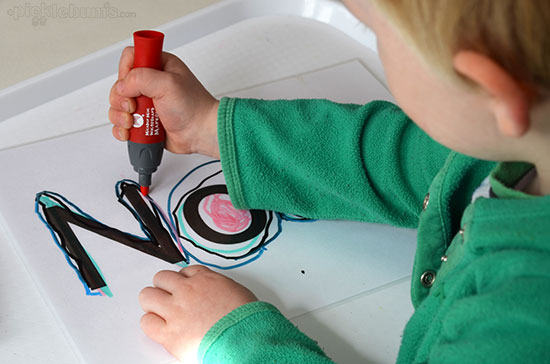 This is a super easy activity to set up, but lots of fun and with lots of opportunities to learn to recognise his name, and even begin to write it. All you need is your name card, some whiteboard markers and something to wipe the marker off when you are done and want to start again. 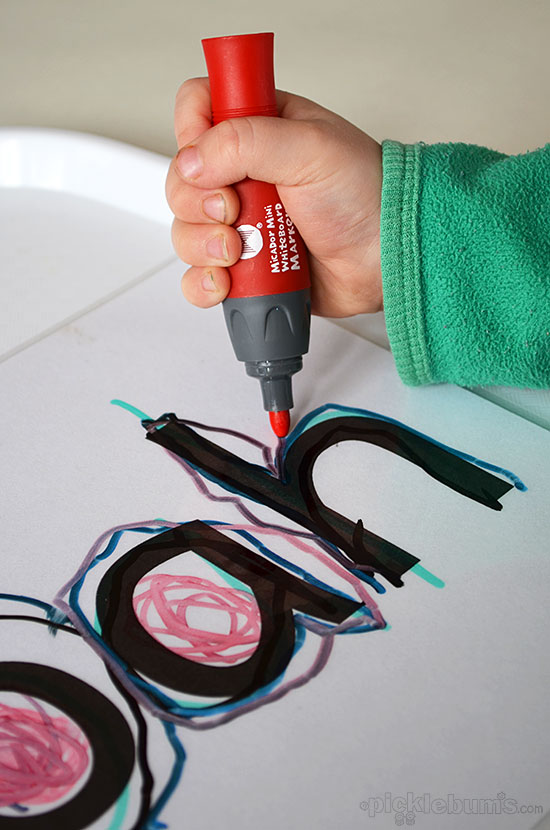 Your Name and Loose Parts 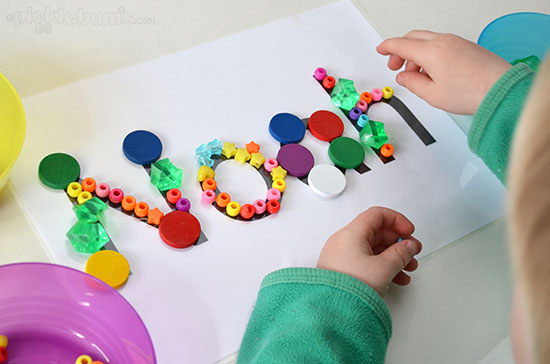 Using the name card as a pattern card, Noah has lots of fun arranging various small items along the lines of the letters that make up his name. Using fairy small items like beads, small gems, or small mosaic shapes will make it easier to keep to the lines. 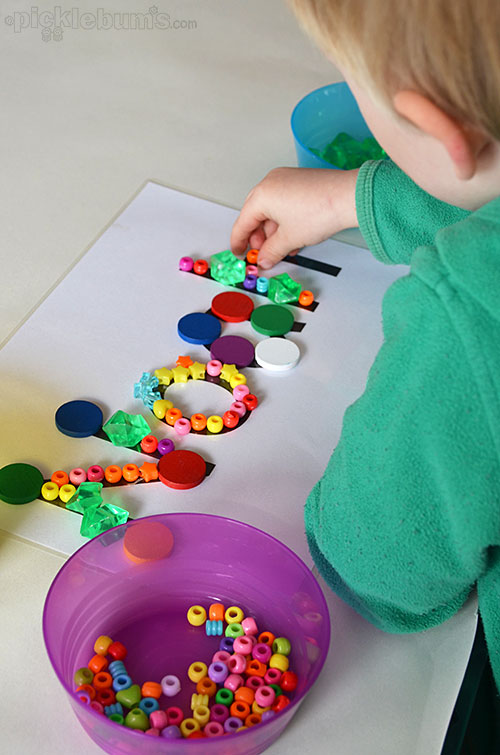 He is learning that the capitol N ‘goes up and down’ and that the O is just like a circle. 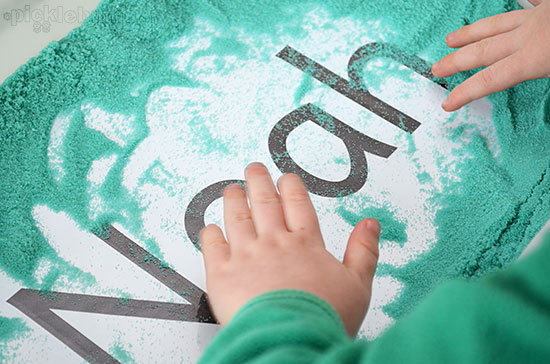 I popped Noah’s name card into the bottom of a small tub and covered it with coloured sand, then I asked him to find his name. You could also use sand, or even shaving cream to cover your name card. 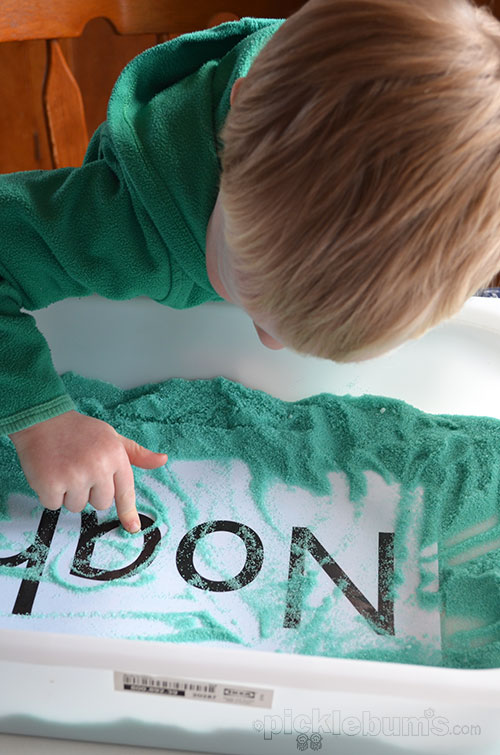 He had lots of fun revealing one letter at a time, then covering them all up again, and even traced his fingers over the letters, a great way to begin to learn how to write them.

Because Noah is only three, and you’ll notice from the photos that he is still developing his pencil grasp, these activities are not about teaching him to form letters correctly and actually write his name. They are all about playing with his name to help him remember and recognise it.

A happy by-product of these play-based, name recognition, activities is the more he plays with his name, and the more interested in learning it he becomes, the more he is attempting to write his own name. At first they are just marks in the corner of his drawings, but he is now just beginning to try to make letter shapes and he is becoming interested in copying his name and trying to make the letters look right. These are all great pre-reading and pre-writing skills, but he has plenty of time and lots of play to develop them.

We are going to play with our name card lots more over the next few weeks and we’d love to hear your ideas for how we could use it. Please leave a comment and share your ideas.