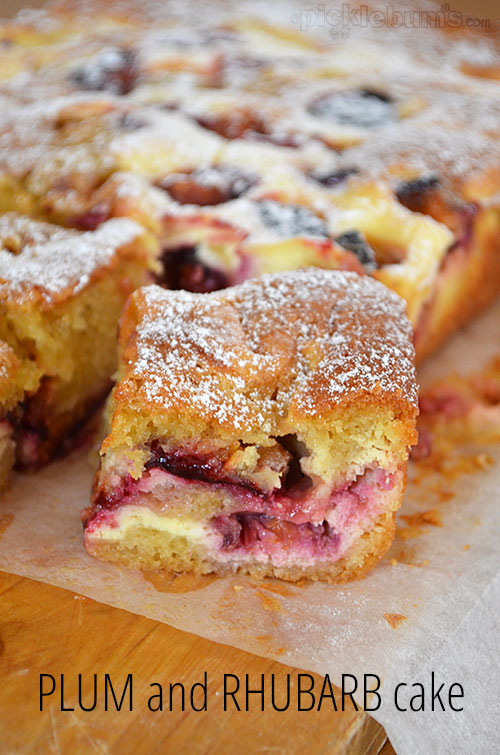 What do you do when the nice lady at the farmer’s market gives your boy a whole bag of plums because it’s ‘great to see a kid who loves fruit’?

I mean there are only so many plums one six year old can consume before there are… er… consequences!

So instead of letting him scoff the great big bag of plums on his own, I decided I had better make a plum cake… though this is more like plum slice, or perhaps plum pudding… but not the type you have at Christmas!

While I may be a little confused about this cake/slice/pudding, it did definitely the job. I used up a load of plums, the left over cream cheese, and I added a few sticks of rhubarb for good measure, and it was divine! 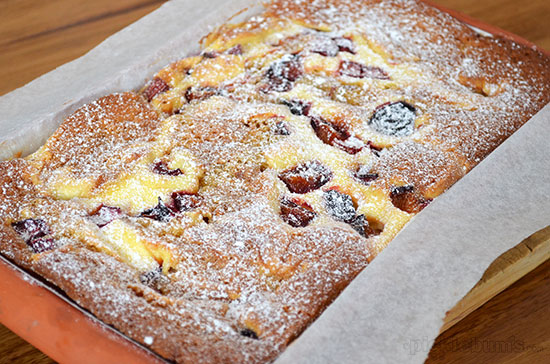 My Plum and Rhubarb Cake is loosely based on this recipe from The Australian. 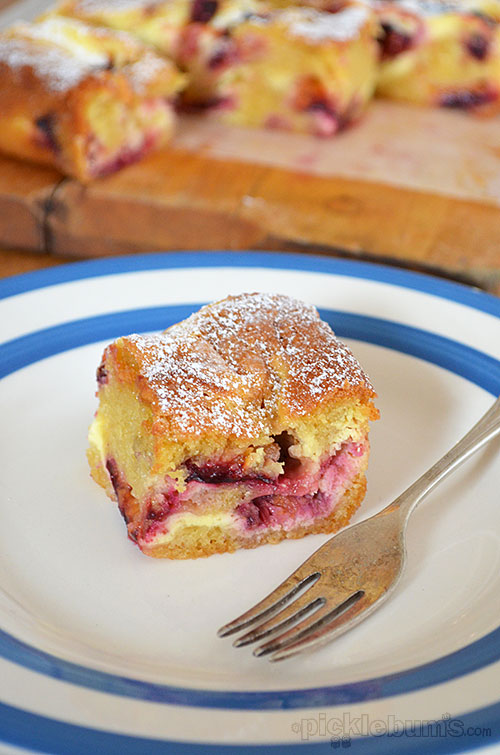 This cake comes out so moist and delicious, it’s like having cream cheese icing on the inside of the cake! And it’s full of fruit… so that makes it healthy right??

What would you do with a big bag of plums?