Everyone else wanted to watch a movie but Noah did not. Noah wanted to whine, and complain, and stand in front of the TV, and make it rather difficult for his siblings to watch anything.

So I grabbed some markers and the packet of craft sticks I’d bought earlier, dumped in the middle of the coffee table, and we started making craft stick people. 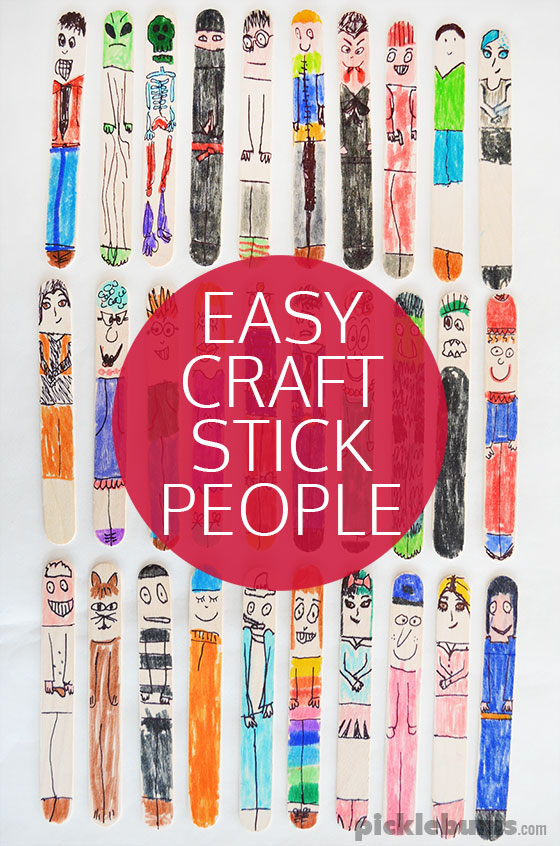 This is such a simple, low mess, activity that works for all age groups, and it certainly worked to keep Noah happy while the big kids watched their movie.

All you really need to make your own craft stick people are craft sticks, and markers. That’s it. 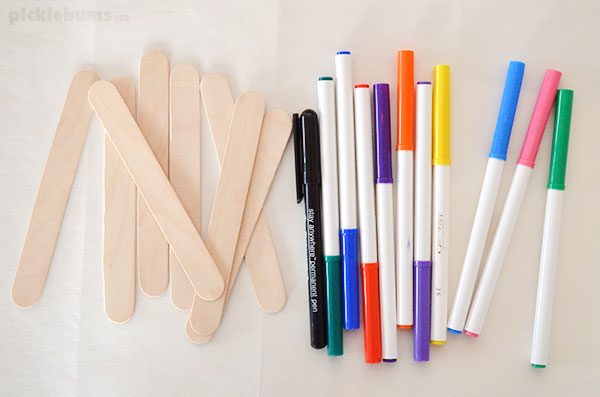 We used big fat craft sticks (more like tongue depressors) that I happened to see at the dollar store earlier in the day, but you could use whatever kind you have. We also used a black, fine line, permanent marker for some of the finer features, and we covered our table with a big piece of paper that would later become part of the creativity.

To begin with it, it was just Noah and I. We made our own little craft stick people family, complete with a few weird family members! 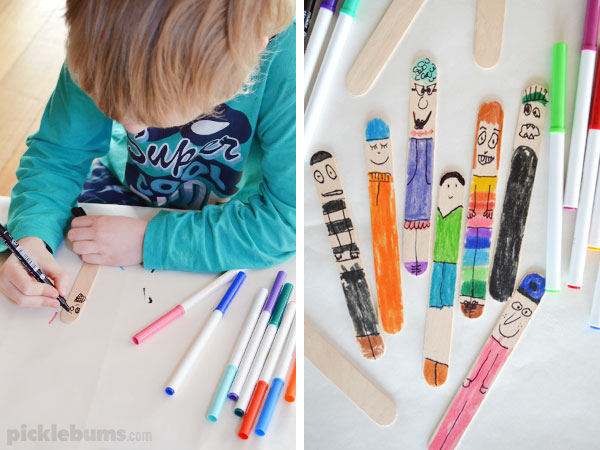 Then Noah decided our family needed somewhere to live, so he used the paper that was covering the table to make them a house. 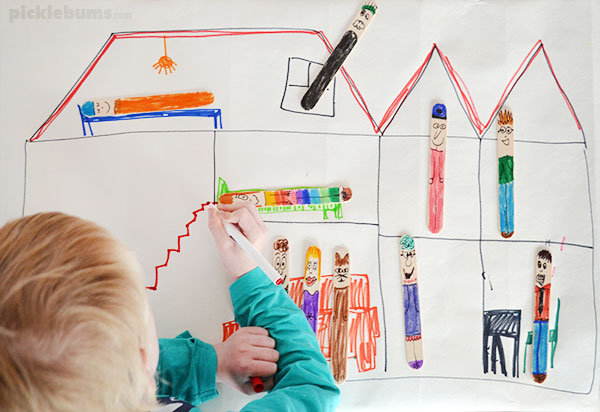 We left the craft stick people out on the coffee table that night and in the morning I woke up to find all four kids had been busy adding to our family. 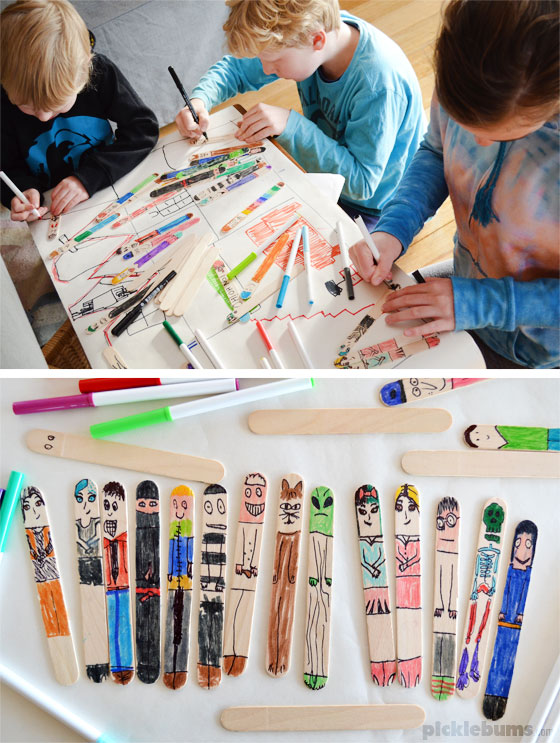 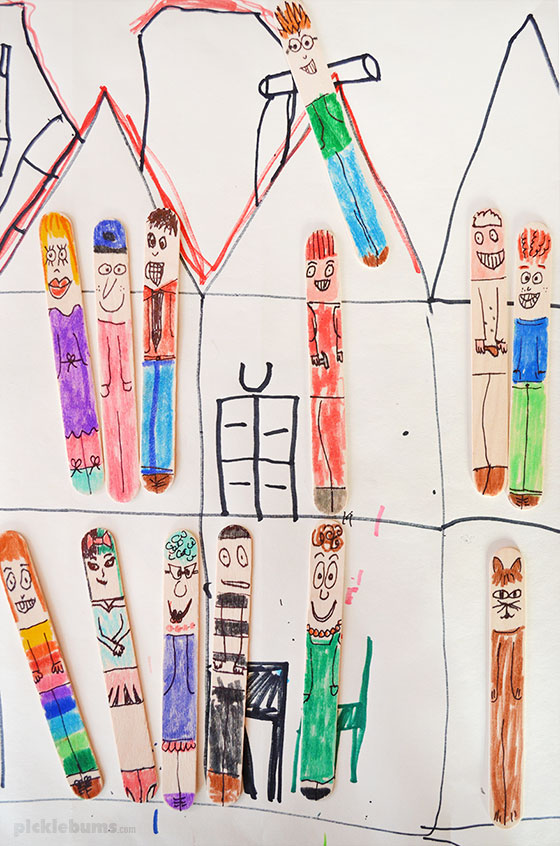 What started out as a way to distract my grumpy child on a cold and wet Friday afternoon, ended up as an ongoing creative project that all the kids enjoyed all weekend long! 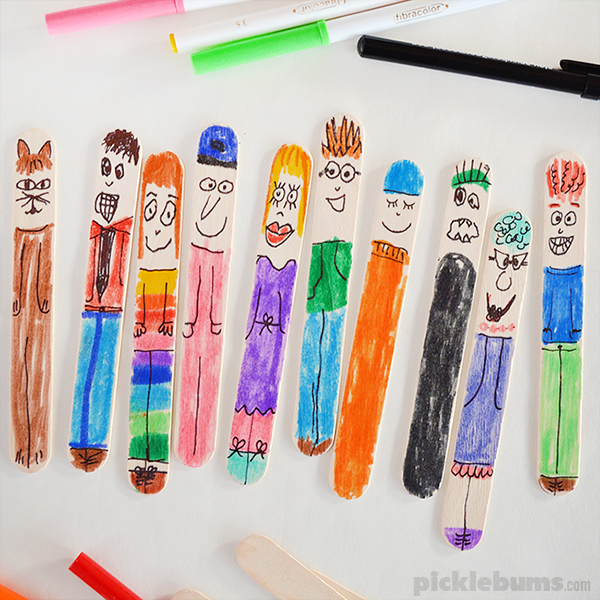