If you have a garden full of rhubarb, or can find a few big bunches at the market, you need to make this sweet and tart, rhubarb jam.

My kids love ‘toast with jam’ for breakfast. Even my ‘selective’ eater (she is not ‘picky’ she simply finds food difficult), will often eat four slices of toast with ham for breakfast… and another four for lunch! She loves it!

It may not be the most nutritious option, but for a child who struggles with eating in general, it’s an option we can work with, making enough homemade jam to meet demand is a struggle though! 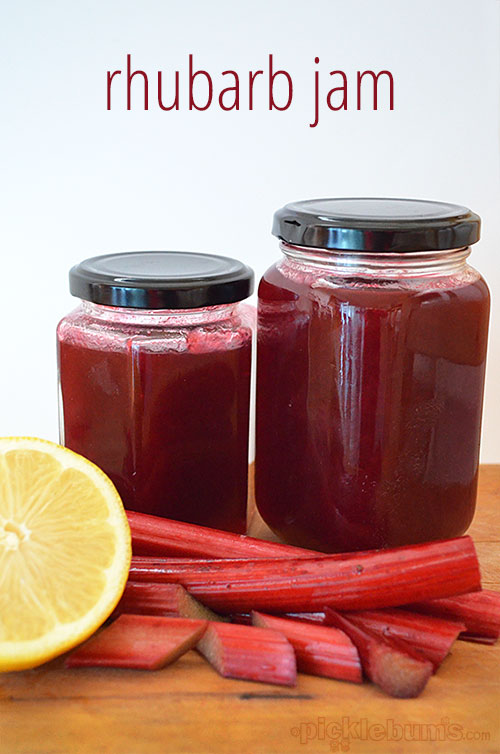 My husband is usually the jam maker in our house (because I have a history of burning it and ruining the entire batch!), but when our stash of homemade berry jam runs out midwinter, it’s time for me to step in with another option.

We have a garden overflowing with rhubarb at this time of year, so it was time to make some rhubarb jam. 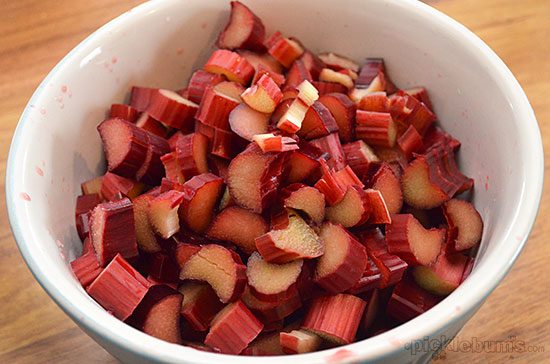 And when I say ‘earthy’ I am not trying to be all fancy, there is really is something earthy about the taste of rhubarb. One of my kids says “it tastes a little like dirt… really yummy dirt!”

But the best thing about rhubarb jam is that it’s really easy to make, so easy that even I didn’t muck it up!

Before you start to make the jam you need some jars to put it in.

We use recycled jars with their matching lids, but you can buy special canning jars and lids which would be better if you plan to store your jam for a long time, or give it as gifts. 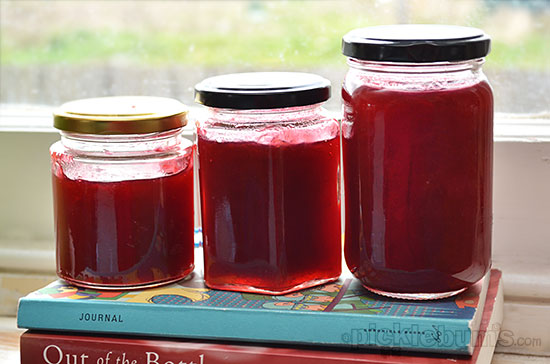 Whatever jars and lids you use, they need to be VERY clean. We run ours through the dishwasher on a hot cycle then we put the wet jars into a moderate oven to heat sterilise them for about 30 minutes, while leaving the lids to cool and dry.

You need the jars to be quite hot when you put the jam into them (so the hot jam doesn’t crack the cold glass), so either time the heating of your jars right or just turn the oven back on 5 minutes or so before you jam is done so the jars are toast warm when you fill them.

This recipe makes a fairly small amount of jam, just 3-4 medium sized jars full, and you can easily half the recipe if you don’t have quite enough rhubarb, or double it if you have lots. It’s perfect to use up a big harvest if you grow your own rhubarb, or to make just one or two jars if you only have a small amount.

You’ll need a large pot to cook the jam in and a bit of time to tend to it, but it’s really simple to make, and well worth the effort.

This only makes a small amount of jam, and you can easily half the recipe if you don’t have as much rhubarb on hand.

Some people suggest to invert the jars of jam once you have filled them, but we don’t do that. As the jars cool they seal well and usually suck the ‘button’ down on the top of the lids. Any jars with buttons that haven’t been sucked in we either eat straight away or put in the fridge. 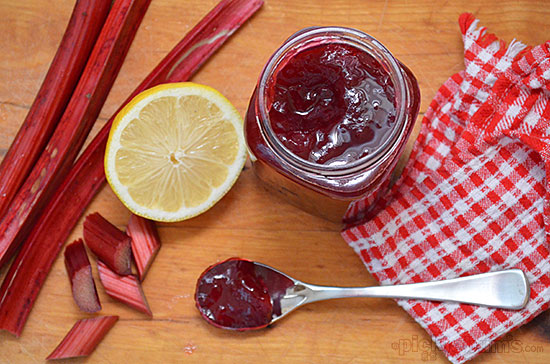 It’s fabulous to have something so bright pink and fresh, it’s like a little bit of summer in the middle of winter! 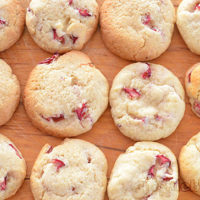 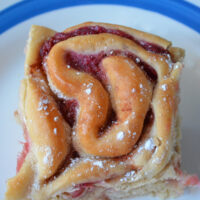 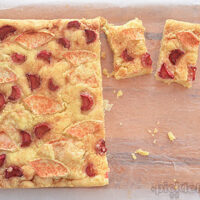 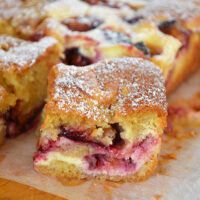 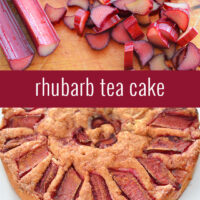